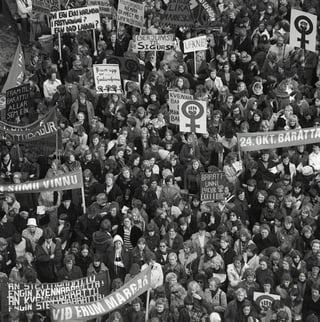 March 8th is International Women's Day
and in addition to the official #BeBoldForChange campaign, other groups across the United States and the world are preparing for an International Women's Strike. A "day without women" is not a new concept and has happened a number of times across the world with varying effect, most notably in recent times,  Iceland's Women's Day Off on 24 October 1975. Women from all across Iceland, with different backgrounds brought the country to a screeching halt.

According to the Global Nonviolent Action Database: "The striking women achieved their goal of demonstrating the importance of their work, at all levels from home to workplace, to the well being of the country. They essentially shut down most of the nation for the day. While this was their main goal... it even led to the passage of an equal rights bill..." While the bill did little to change things immediately, Iceland is now ranked #1 on the WEF's Global Gender Gap Index. While they still have a ways to go to reach true parity, they have taken steps to insure they are moving in the right direction.

Women striking to bring awareness to their conditions has deep roots and the Lawrence Textile Strike of 1912 is a perfect example. This strike is better known as the Bread and Roses Strike for a line in activist Rose Schneiderman's speech "The worker must have bread, but she must have roses, too" which was inspired the title of the poem Bread and Roses by James Oppenheim:

“...As we come marching, marching, we battle too for men,
For they are women’s children, and we mother them again.
Our lives shall not be sweated from birth until life closes;
Hearts starve as well as bodies; give us bread, but give us roses! ...” 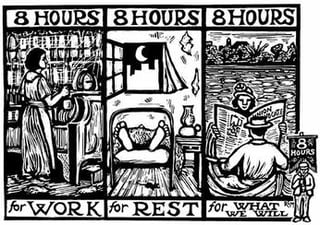 The textile workers, predominantly women, demanded higher wages to survive - the Bread. And improved working and living standards - the Roses.

"Bread and Roses" became a rallying cry for the movement and shows what we can do when we break down barriers and work together. The intersection of the women's rights moment and labor movement and between workers of many different ethnicities lead to a win for the strikers and sweeping labor reforms across the United States. Intersectionality and overcoming gender dynamics was key to success of the Bread and Roses Strike and the Women's Day Off, and it is key to the women's movement now. 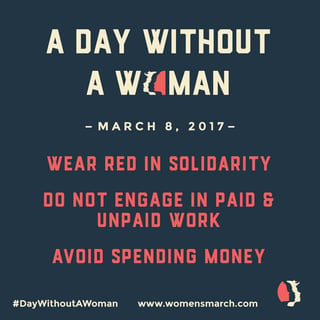 In the United States, organizers have three different actions you can take on 8 March to show your support of "equity, justice and the human rights of women and all gender-oppressed people, through a one-day demonstration of economic solidarity"
How will you be honoring International Women's Day 2017? Let us know! Please email me your stories and pictures at samantha@leadingwomen.biz
Lead ON!
Samantha

One of our programs provides tips for effectively, calmly and strongly dealing with Gender Dynamics. Check out the infographic and then contact us to find out how we can help your organization.