Man to Man: What Does it Really Take to be a Male Ally? 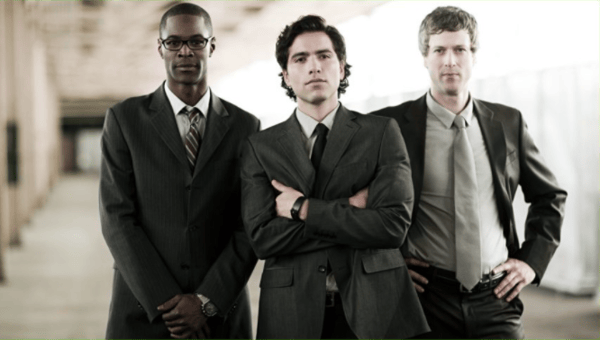 This blog on male allyship was written by Michelle Redfern, Strategic Partner and Senior Consultant based in Melbourne, Australia, and was originally published on her blog.

WHAT DO MEN THINK?

The term male ally has grown in popularity. Given how ubiquitous the term now is, it got me thinking, what does it really take to be a male ally – but from the perspective of men?

In this article, I am going to share the perspectives of a group of MIAs (men I admire) and what they consider important when it comes to allyship. I reckon you’re going to benefit a lot from them sharing their wisdom, because I have asked them to share what they would say to a mate, in a ‘man to man’ conversation, about allyship and gender equality.

There is a plethora of definitions for male allyship out there. Terminology that becomes ubiquitous can sometimes become a bit buzzwordy though don’t you think? I can think of several situations during my career where a concept turns into a buzzword or phrase, but nothing really happens because no one really knows what it means. (This would be the part where if I was talking to you in person, I’d invite a game of buzzword bingo!) 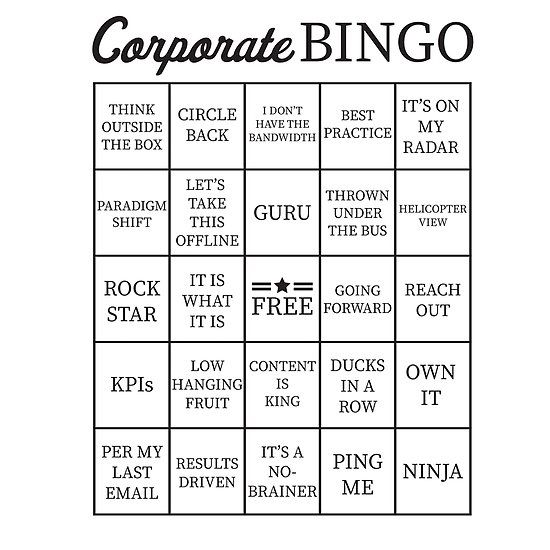 Buzzword bingo aside, I haven’t written this article to the plethora of definitions. I’ve written it, with the help of my MIAs to ‘decode’ the concept using the perspectives and language of blokes.

WE’RE ON A JOURNEY

Insert #eyeroll here. The expression ‘we’re on a journey’ is hackneyed and overused. In saying that,  “the concept of male allyship is something of a continuum’. Anthony Gold argues that the first step on his own journey to allyship was recognising his privilege as a white, heterosexual male. However, he also says that he recognises that he is part of the problem, which I think is a problematic concept. Its only problematic if those of us with privilege do not recognise it and do anything about it.  However, opinions are like bottoms, everyone has one, right?  (Want to #CheckYourPriviliege? Do this quiz now)

The concept of male ally ship is something of a continuum

MIA: THE MEN I ADMIRE

OK. Let’s crack on and demystifying male allyship, from the perspectives of the MIA (men I admire) in my network.

Through good fortune and good luck, I have had the opportunity to work with or observe these men in action, in their workplace which are diverse and are in business and in the sporting sector. Each one of these men is powerful, privileged, and influential. Each one, in their own unique way, has chosen to use their own platform of power, privilege and influence to advocate for the advancement of women. That’s why they are MIAs. (Please give them a follow or shoutout on social media)

QUESTION 1:
WHAT’S YOUR PERSONAL DEFINITION OF A MALE ALLY? I.E. HOW WOULD YOU DESCRIBE THIS TO YOUR MATES OR PEERS?

Someone who always thinks about other groups of people and recognises that today’s world is unfairly biased to cis-het white men. So, with that in mind, speaking up and representing minority groups to ensure we make change for the future to reach equality.

A male ally is someone that recognises and celebrates the different qualities women can bring to any organisation, understands how those qualities are not being valued equally and publicly advocates for fairness, equity and an inclusive workspace where all people are valued equally.

Simply, a male ally is probably just someone who is actively part of the solution, you just better understand the true character of the problem before you can claim that.

For me a male ally is a man who actively supports establishing and maintaining gender equality. It is someone who believes all genders should be able to access the same opportunities, make contributions and develop themselves with the same ease.

I have always felt that women can be their own worst enemy when they let their own self talk stop them from having a crack. That means for me being an ally is going way beyond being a mentor to being an active gender sponsor, always looking for ways to push women into opportunities that they will thrive in but might not otherwise go for and ensuring that there is an appropriate support system in place to set them up for success.

A male ally accepts, without any scepticism, women do not get a fair shot at opportunities in the workforce! And strives to do ‘more’ to help women have an equal chance.

When I thought about what else I wanted to know from the MIAs, it was about how might we collectively engage the hearts and minds of the legions of potential male allies in workplaces everywhere?

How might we collectively engage the hearts and minds of the legions of potential male allies in workplaces everywhere?

This is where the man-to-man discussion comes in. So I asked them to respond to another question.

QUESTION 2:
IF ANOTHER BLOKE ASKED YOU FOR ADVICE ABOUT HOW TO BE A BETTER ALLY TO WOMEN AT WORK, WHAT WOULD YOU TELL HIM HIS FIRST PRACTICAL STEPS SHOULD BE?

Matt said that he would “encourage a lot of reading and listening to women on how they feel first and foremost. Then focusing on the language, we (as men) use and realising what is acceptable and what isn’t with the hope of being able to call it out in real-time. Also, when at work look around the room and see who is represented, if you are making a decision while in that room that will impact people who don’t have a voice, bring them into the conversation.”

Patrick told me that these questions are tougher than they look, but he responded with: “When speaking with other males, the first thing you need to do is debunk the merit system. Men grow up in a world where the best sportsman gets the trophy, the girlfriend and the best job. It’s a very competitive environment and as Jess Hill describes in “See What You Made Me Do”, the patriarchy only benefits a few men, but we all contribute to it. Even those men who are not traditionally successful are supportive of those that are because they feel less adequate and therefore not as deserving. Men need to understand people different to them offer unique skills, opinions and lived experiences that can greatly aide their organization. Breaking away from the stereotype of what the best candidate looks like, which in most cases is a mirror image of themselves or someone they admire, to a value based, skills orientated approach where the primary prerequisite for employment is what the person can bring to the team, how they can add value.

I have been most successful opening men up to the possibility that there is a gender gap, when first speaking about the inadequacies of the merit system. Once they get their heads around that, which can be hard at times, it does open up their thinking.”

Andrew had some very practical advice as well as some questions to ask ourselves. He calls for men to “First make an effort to understand that gender inequality exists (read / talk to people), and that achieving gender equality benefits everyone: not just as individuals but workplaces are more profitable where both diversity and equality are embedded.

If you can understand the macro problem, you can then look at your own workplace for the micro: look at 2 people in similar roles – one male one female in your workplace and think about what support / opportunities they have both been given to date. Are there any advantages the male colleague had which the female didn’t? Which one would you promote? Why? How can you support the female colleague? Asking yourself questions is a start. Can you identify a female colleague(s) to mentor?

Then practical steps include ensuring female voices are heard – in meetings, when inviting people to participate in special projects. But probably the most important thing you can do is promote women. Across the organisation but especially in leadership.”

In a demonstration of the diversity of thought around this opportunity, David would advise men to “Read and listen. Do your homework and do some research – there is an abundance of irrefutable research available. Then find a range of women at work and ask them about their experiences. Simple.”

Steve wants to tell men that “they need to be very public about their support for gender equality & sponsorship in their workplace and through their broader network (Linked In etc). That starts with ensuring that they are role modelling this within their own team structures and talent identification.”

My work centres on creating workplaces that are gender balanced, equitable and inclusive. This means all sorts of things, but one of the most powerful aspects of my work is engaging with, advising and mentoring people in positions of power and influence in the team.

So I would be remiss if I wasn’t to share (some of) my own advice to men and women in positions of power and influence, which is also captured so wonderfully by the MIAs:

P.S. You will read about what women want from their male allies in a future publication.

I strongly encourage following the stellar advice and the collective wisdom of Matt, Patrick, Sam, Andrew, David, Steve and Ron. They are active allies who are actively using their platform of privilege and power to create workplaces that work for every human., especially women.  I thank them for that and I know each one of them will keep pushing for workplace gender equality and a fair go for women. And, when all is said and done, we want more done than said when it comes to workplace gender equality.