Want to Be Paid Fairly? Join a Tech Company with More Women Executives

Today's blog post comes from our friend Bridget Frey CTO at Redfin. Redfin and PayScale analyzed the executive teams at 31 of the largest U.S. tech companies and 6,562 salary profiles of people who reported working for these companies. What did they discover? The gender pay gap is half the size at tech companies with more women executives.

At companies with more women executives, women earned 98 cents for every dollar that men in similar roles earned. The two-cent pay gap might not sound like much, but for a man earning a $100,000 salary, a woman would earn $96,000 at a company with fewer women executives, compared to $98,000 at a company with more women at the top. This disparity adds up to tens of thousands of dollars over a woman’s career.

And the pay gap difference is a whopping 14 cents when you look at all men and women without controlling for whether they are in similar roles and levels. This suggests that companies with a high percentage of women execs also have more women in other highly-paid roles. This is what PayScale refers to as the “opportunity gap.”

Employee Satisfaction is Higher for Men and Women, Too 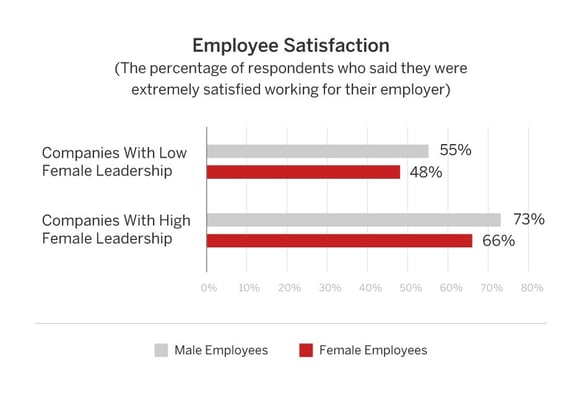 Measuring our Pay Gap at Redfin

When I first became CTO in 2015, we hadn’t yet measured our gender pay gap, in part because we weren’t sure whether we had enough engineers to get a meaningful result. But our Women in Tech group suggested we do an analysis for any role where we had at least two men and two women at the same level. The numbers might be small, but it would give us a way to manually inspect any pay gap differences that the algorithm flagged.

In the end, we didn’t see any statistically significant difference in how men and women are paid. But we now look at our gender pay gap when we do compensation adjustments to ensure that no issues creep in as we grow. We also decided to publish our pay gap and other diversity statistics publicly, as a way to both hold ourselves accountable and to encourage other companies to join us in publishing their data.

Increased transparency is one way we can work together to close the pay gap in our industry. But our analysis shows that getting more women into executive positions could help, too.