Why male allies are so important for gender equality in sport 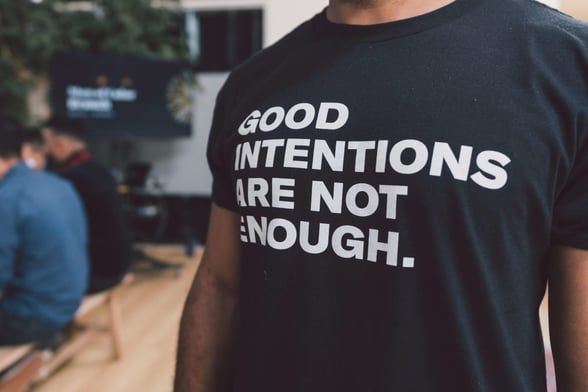 This blog was written by Michelle Redfern, Strategic Partner and Senior Consultant based in Melbourne, Australia, and was originally published on her blog.

I have interviewed women who are athletes, coaches, administrators and board members about their experiences in sport. They are funny, forthright and above all, worth listening to if you are serious about gender equality in your sport. This series will be in a different format to our previous two reports. We’ll be releasing video interviews supported by a written report for each woman interviewed. So you can watch, listen and read about how to make sport a much more equitable place for women.

In case you missed it,  I started this exploration into gender (in)equality in sport in 2018. In our most recent report I wanted to better understand how gender has influenced peoples experience of work in the Australian sporting sector.

The paper details how we gathered the thoughts, attitudes and sentiments of nearly 900 people from across the sporting sector in Australia. Respondents were of all genders, with good diversity of sporting backgrounds, including Australian Football Rules, Athletics, Basketball, Martial Arts, Cricket, Hockey, Netball, Rugby League and Rugby Union, Soccer, Swimming, Tennis, and more. You can download the paper here. The data and insights we gathered were both informative and plentiful! Therefore, one of our challenges was to settle on key themes that would continue to inform and inspire sports leaders to take action.

Why? Because the needle is simply not moving quickly enough for women in the sporting sector. And, I know that facts, data and actionable insights are what will help sports leaders take enduring and sustainable action to advance more women into leadership in sport. Men are not engaged in gender equality in sport

One of the compelling themes from the paper is that we must do more to create more engaged male allies in sport.

Even though our respondents, like those of similar research, held mostly progressive and egalitarian views of gender, change has been relatively slow to address gender inequality in sport.

Based on our findings and the existing literature, we believe change has been slow due to low male participation and engagement in gender equality. We believe this is due to a combination of men feeling ambivalent and indifferent towards, and reluctant to participate in, gender equality.

We cannot overstate the importance of reassuring men that gender equality serves the interests of both men and women. Our research provides an explanation of why gender inequality is a social issue that affects a needs to be addressed by both men and women.

We’ve questioned the influence of political correctness in debates about gender equality, and think that it is vitally important for more safe spaces where men and women can voice their opinions openly and honestly. Without fear of retribution, retaliation or public shaming.

This does not deny the need for social sensitivity, especially in the face of diversity, but rather calls into question whether gender inequality has become a highly sensitive topic, and whether this is causing men to disengage from the subject.

The lack of robust and respectful debate about gender inequality means that true, sustainable change occurring is likely to be compromised.

This does not auger well for progress given men hold the vast majority of decision making roles in sport, business and society.

The report takes a much deeper look at these, and other, factors impacting women in the sporting industry.

We have discussed our findings with many stakeholders and as a result, make suggestions for further research into gender and the Australian sporting sector.

Ongoing research must keep up with society’s ever-changing needs to ensure gender equality initiatives are relevant, up-to-date, and evidence-based.  Our work at Advancing Women is grounded in research and, in the case of Advancing Women founder, Michelle Redfern, a lifetime of experience in sport from on the field through to the boardroom.

Do tune into the next series and stories of remarkable women who have played, studied, worked, led and governed sport in Australia.  They are tenacious and determined women who share their good experiences, the great experiences and of course, the experiences that must change to ensure our sporting industry creates workplaces that are safe, welcoming environments where women can reach their full potential.