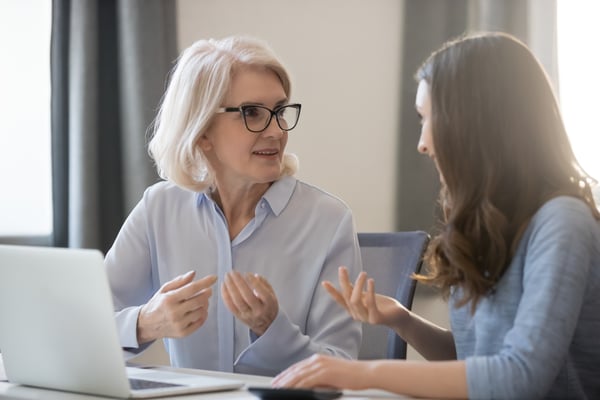 This week we invited Tim Kemp, our Senior Consultant based in the United Kingdom, to author our most recent blog post.

35 years ago I wrote a chapter in a book called Gender and Work.  My chapter was entitled ‘Who dares loses’ and was a modest attempt to encourage men to appreciate that greater gender equality meant accepting that there would be more capable women in positions that men had traditionally seen as their own preserve.  In other words, if men were successful in playing a part in ensuring that power was more fairly redistributed, then it would also mean that we (men) would have to embrace the fact that many of us would lose some of that power. The more women took their places on boards and in the C-suite, the more they would replace men who had found a comfortable home there.

And while there is still a logic to the maths, this narrow assessment misses out on some fabulously important elements. Elements that have become my most valuable learning around the dynamics of inclusion in organisations over the past three decades.

Firstly, it is not a zero-sum-game. While replacing a man with a woman (or a white incumbent with a candidate from a minority ethnic group) may seem to be an example of one group ‘winning’ at the expense of the other group ‘losing’, the context is usually far more complex and interesting.

Thanks to a range of well-researched reports over the last decade, we now know that diversity in senior management positions actually makes companies more innovative, more profitable and better performing.  In other words, the sum is no longer zero…the pie gets bigger, for everyone. We know, for example, that good people feel more committed to organisations that value diversity, so they stay longer. Diverse organisations generate more engagement and better, more sustainable decision-making. All of which suggests that they foster a healthier organisational culture and more opportunities for individual development.  Lots of outcomes that are much more about ‘win-win’ than ‘win-lose’.

But in achieving this, it is clear that maximising diversity’s benefits involves more than simply replacing people at the top. It requires a change of thinking throughout the organisation to support and enable this shift. It requires some unconventional ways of looking at familiar things. Perhaps new thinking about what talent looks like, or how we nurture it and where we might find it. In other words, a wider organisational commitment to reappraising some, often outdated and invariably unexamined, mindsets.

We were involved in a very impressive commitment by a European client to tackle some of the unconscious biases that women face as they moved up through the organisation. Four candidates were being interviewed for a Senior VP position, amongst them, the leader of the highest performing team. She interviewed well, but during the assessment discussions that followed, one of the interviewing panel members suggested that perhaps she was ‘hiding behind the success of the team’. The comment gave rise to a commendable discussion about the assumptions we make when people talk about collaboration and use words like ‘we’. About the mindsets we have around what leadership behaviour looks like. In Leading Women we refer to this as confronting the Male Leadership Paradigm. The fact that this unconscious bias was spotted, gently examined and reassessed in terms of what the company now needed in terms of leadership, was a credit to their commitment to inclusion.

Whether it be ‘humble’ or ‘consensual’ or ‘inclusive’ or ‘enabling’, there are now a range of behaviours, practiced by both women and men, that are being recognised for their effectiveness… especially during times of turbulence and complexity. (If these behaviours are more typically demonstrated by women, then perhaps it is no surprise that the eight countries that have had the most success in tackling the Covid-19 pandemic all have women leaders).

In 2019, Leading Women developed an online trainer training programme for Nokia. While the excitement of developing 72 Diversity and Inclusion facilitators (who would go on to train a further 9000 line managers globally) was evident, the research into the challenges faced by workers with a range of different backgrounds, orientations and perspectives was truly engaging. We started by exploring the impact that engaging people with a range of physical abilities and neurological diversities had on particular businesses. We were struck by the benefits that came from opening up our assumptions about what people can do (rather than focussing on what we assume they can’t do). The man with autism who was uniquely able to appreciate blockages in a warehouse distribution system, the woman with down's syndrome who excelled in retail customer service, and the hearing impaired pharmacist whose ability to sign brought a whole new group of customers into the store. The focus on ability (as opposed to disability) changed mindsets that had, for so long, exempted perfectly able people from participating and making a contribution.

Several years ago we designed a fairly structured programme of reverse mentoring for one of our global clients. The aim was to give senior people the opportunity to have specific conversations with someone lower down in the organisation whose perspective was likely to be different. This could involve, for example, senior men being mentored by more junior women or C-suite baby-boomers being mentored by tech-savvy interns. In our experience, it has proven one of the easiest ways to surface and examine unexplored mindsets. A repeatedly valued opportunity to have enough direct contact with people who experience the world differently.

A very powerful example of why this is important occurred about 20 years ago when the manager of a beautifully resourced holiday centre for people with disabilities was escorting their first guests around the immaculate gardens. The air was fragrant with blossom as we navigated the gently rolling paths between the flower beds. “We designed these paths for wheelchairs,” the manager commented with evident pride, “there are no stairs anywhere and the gradients are easy.” One of the guests smiled and said, “It is beautiful here. You have done a lovely job… it is just a shame that the paths are only wide enough for one wheelchair. It would be a lovely place to be able to hold hands.”

How could we expect that proud manager (or the architect, or the planner or the trustees or the investors) to have even considered the possibility that people in wheelchairs may want to travel side-by-side? That they may want to hold hands? That they might be in love? No one brain can be blamed for not seeing the world from unfamiliar perspectives. So we have to be much smarter about co-opting as many brains as we can in our search for innovation and excellence. Organisations need to become better at providing safe spaces where unhelpful and restricting mindsets can be recognised and given a good airing. Where assumptions can be explored, free from judgement and blame. We need to provide the opportunity to walk in other people’s shoes (or ride in their wheelchairs) for a while.

Suggesting that it is an organisational imperative to re-examine these mindsets may not always make it to the top of the list of corporate priorities. After all, humility, inclusiveness and openness come at an initial cost that many in power will find it hard to accept. But it is only when we start really focussing on what is right for our organisations, rather than what gives us an individual advantage, that we can start to address the mindsets that are holding us back, limiting our innovation, denying us access to talent and frustrating our attempts to retain good people.

My learning since that first article has been to accept that being supportive is not enough. It may even be patronising.

Our work with thousands of committed folk around the world convinces me that we all need opportunities to approach each other with humility and with curiosity. We need the chance to surface inevitable pre-conceptions and discover what we are missing.

After this post was published, we received feedback from one of our readers raising her concern that some people may perceive "co-opting"  knowledge from disabled people akin to  suggesting they are objects of pity. While it was certainly not Tim Kemp's intention to offend any marginalized people, but rather to suggest looking beyond the disability and consider their point of view, our reader recommended we reiterate something we often talk about when delivering Leading Women's Diversity & Inclusion programs -- not only do mindsets need to be challenged, people with power need to make sure marginalized people are included in leadership, and that includes disabled people. Thank you for bringing your perspective to my attention, Amy -- I couldn't agree more.